A downloadable game for Windows

NACHTRUN is an infinite runner that takes place in a completely pitch black tunnel.

Since you cannot trust your sight, you will have to use audio cues to know when to turn, and when to start and stop climbing

IMPORTANT: All inputs are done at the end of the measure that prompts you what to do.  (The score counter increments every measure)

If you hear A SERIES OF BEEPS, that means you are approaching a turn on the next measure.

Overall I think it's a pretty neat idea and I had a good time. The idea you were going for is clear and anybody who spends a few minutes with it can pick it up.

The rest are nothing more than nitpicks but here's a few comments.

The initial difficulty came from learning the sounds that were in the game. Once I got familiar with them my next big issue was to figure out the timing . I'm not sure if this is intended but if I press too early the game would kill me even if I had the correct input for the sound that was coming up. Once I got that down, I could survive to do a descent run but the window might be a bit too tight.

If you're gonna turn this into a full game I would make the window bigger or find a different penalty for an early press. Maybe you could lose a point, It would keep the player playing for longer instead of restarting.

Bonus QA, I was able to make the game crash if I was quick enough and pressed space bar at the start of a run. 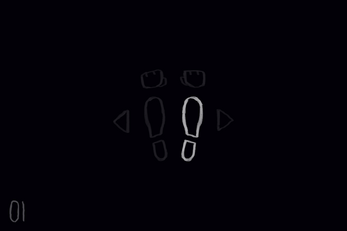